To share your memory on the wall of Ingrid McDougall, sign in using one of the following options:

Print
Ingrid Brita McDougall, age 78, of Deerfield Beach, Florida, passed from this world on 10/13/2020 of natural causes peacefully in the comfort of her home in the accompaniment of her daughter.

She was born on February 10, 1942, in Palesti... Read More
Ingrid Brita McDougall, age 78, of Deerfield Beach, Florida, passed from this world on 10/13/2020 of natural causes peacefully in the comfort of her home in the accompaniment of her daughter.

She was born on February 10, 1942, in Palestine. The daughter of Danish Engineer, John, and his wife, Maria Neilsen. Ingrid called many places home; the Middle East, Denmark, and South Africa to name a few. With her vast travels, her fondest childhood memory was of her time spent in Cairo. She eventually emigrated to Canada, where she met and married John Cameron McDougall. With her husband Cameron, they further traveled. Residing in the Dominican Republic and ultimately settling in the United States. Cameron passed in Arizona in 1986, leaving Ingrid a widow and single mother in her forties. She never remarried. Into her final days she spoke of how much she missed her husband.

Those who have had the privilege of listening to her life's stories know what a unique and extensive historical perspective she had. Speaking eight languages fluently, living a life most only read of in books. An artist. A wife. A mother. An entrepreneur. A world traveler. A fierce spirit.

Ingrid is survived by four children; John, Ian, Kirk, and Andrea. She is grandmother to Ashley, John, Ricardo, Mathew, Emily, and Paige. She also leaves behind an expansive extended family in Canada.
Read Less

To send flowers to the family or plant a tree in memory of Ingrid McDougall, please visit our Heartfelt Sympathies Store.

Receive notifications about information and event scheduling for Ingrid

There are no events scheduled. You can still show your support by sending flowers directly to the family, or planting a memorial tree in memory of Ingrid McDougall.
Visit the Heartfelt Sympathies Store

We encourage you to share your most beloved memories of Ingrid here, so that the family and other loved ones can always see it. You can upload cherished photographs, or share your favorite stories, and can even comment on those shared by others.

Posted Oct 13, 2020 at 08:06pm
Ingrid often encouraged me as a wife and mother. I will miss our talks outside and her kind words. Praying for comfort for you and your family.

Flowers were purchased for the family of Ingrid McDougall. Send Flowers 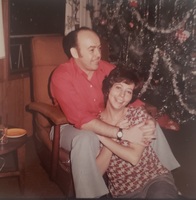